John Williams was born in Bristol, England on November 23, 1827.  He migrated to the United States at the age of twenty in 1847.  He and his first wife Celia had eleven children. She passed in 1872.  John and his second wife, Julia, had three children.

John was a soldier in the Civil War and heroically defended his convictions and Country. In 1862, he enlisted in the Union Army from western Virginia. Western Virginia would, on June 20, 1863, become West Virginia, our 35th state.  West Virginia was the second of three new States admitted to the Union, after South Carolina seceded and prior to the end of the Civil War.

John was a Corporal in Company B, 14th Regiment, West Virginia Infantry. His role in the Infantry was that of a Wagoneer.  This involved an Army wagon drawn by six mules, which could carry up to three thousand pounds of cargo.  He was responsible for maintaining and driving the wagon. The Wagoneer was also responsible for feeding and caring for their mule team that pulled the wagon. Cargo could be anything the Quartermaster Corps needed to supply the troops.

John suffered hearing loss due to artillery blasts at the Battle of Cross Keys.  This occurred in the Shenandoah Valley on June 8 and 9, 1862.   He served the Union until 1865.  John passed away at his home in Kingwood, West Virginia on December 11, 1902 surrounded by his family.

Below is a clipping from the family Bible of Lloyd B. Williams family in Kingwood, West Virginia.

Jesus passed through this world alone,

O the task He deemed His own.

He hurried on, He could not stay,

Nothing could impede Him on His way.

Was willing to sacrifice talent and time,

In order to save “ninety and nine;”

Loving character He must have been,

Looking after the children of men.

I’ve be held Him in affliction near

And have had nothing to fear.

Myself and family I commit to His hand,

Saying, “Meet me in my Fatherland.” 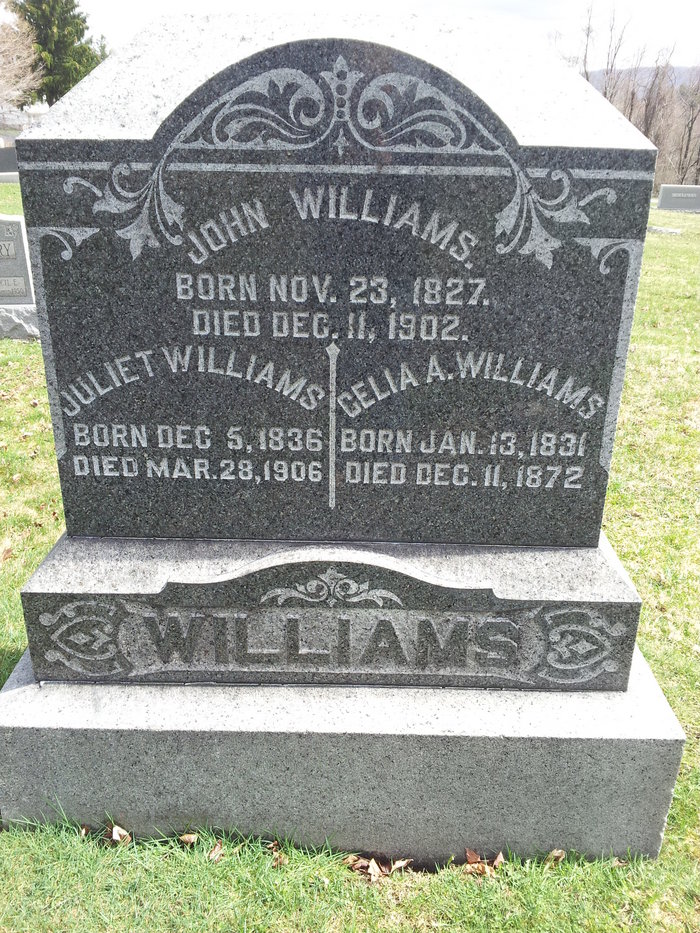