Richard J. enlisted in the Navy as a Seaman on January 5, 1864 in Boston for one year term. He served aboard the USS Dacotah, a large steam sloop used as a gunboat in the North Atlantic Blockading Squadron at Beaufort, North Carolina. Sometime after August 2, 1864 the USS Dacotah sailed for the Boston Navy Yard to be overhauled. Around that time Richard J. was transferred to the USS Cambridge. The USS Cambridge also served in the North Atlantic Blockading Squadron. Richard J. was discharged on January 7, 1865 at the Gosport Navy Yard in Virginia.

He owned operated a combination Hardware and General Store in South Orrington Square. His store is the one on the far right in the photo below. Richard J. passed away on June 6, 1904 in Waltham, Middlesex County, Massachusetts. 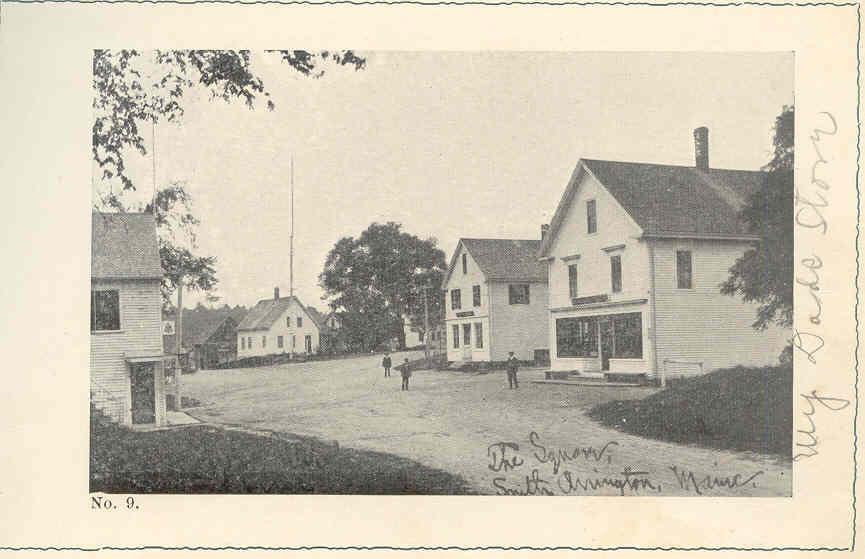